They are supposed to solve the issue of copyright and ownership on the web, but the opposite is currently happening: Reports published on the weekend are now making experts doubt how well NFTs (Non-Fungible Tokens) work at all since there are some serious irregularities on the current two largest NFT marketplaces, namely OpenSea and LooksRare.

Let’s start with OpenSea. The market leader, valued by investors at $13.3 billion, basically offers its users the service of minting NFTs for free and unlimited. The feature or the underlying Smart Contract is called “Shared Storefront”. This is to save them the transaction costs that would occur when creating the NFTs on the Ethereum blockchain. But what happened now?

Full of fakes and plagiarism

Exactly: Users have taken advantage of the unregulated situation and created masses of NFTs based on stolen or fake content. The scale is enormous. “We originally built our shared storefront contract to make it easy for creators to onboard into the space,” the OpenSea executives tweeted. The company said that they have recently seen the abuse of this feature increase exponentially with over 80 percent of the NFTs created using this tool being plagiarised, fake collections, and spam.

You read that right: 80 percent. Only a minority of NFTs are not fake, plagiarized, or spam. In order to close this gap in the system, OpenSea has now drastically trimmed the feature. From now on, only five NFT Collections per NFT wallet or user and a maximum of 50 lots or NFT collectibles are allowed in each offer.

Despite the recent crypto crash, the NFT sector, apparently detached from the rest of the industry, continued to boom in January. While NFT traders recorded transactions with a theoretical equivalent of $27 billion in 2021, January 2022 was another very strong month despite the fall in prices for Ethereum and Co. Monthly trading volume for NFTs soared to a record high of $6.25 billion in January, data from The Block shows:

More than 50 percent of the trading volume happens with the market leader OpenSea, but the really big growth in January comes from the new player LooksRare, which only started at the beginning of 2022. A total of $9.5 billion in trading activity has been measured since LooksRare’s launch by analytics service CryptoSlam, which also published a ranking of NFTs.

But according to the analysts at CryptoSlam, $8.3 billion of these $9.5 billion transactions (that’s 87%) are so-called wash trading – i.e. air bookings that have no value. The logic behind this: users buy their own NFTs by simply using two wallets – an official one for selling an NFT, and a second one to send themselves a certain amount of Ethereum.

As a trading platform, LooksRare is partly to blame because it favored air bookings. Because the users were rewarded with the token LOOKS the more they traded with NFTs. Many have now taken advantage of this and bought NFTs themselves in order to get the Looks tokens, which in turn can be used to pay the fees of the marketplace and the gas fees for Ethereum. CryptoSlam has already reacted and removed the wash trades from its ranking – a reaction from the operators themselves remains to be seen. 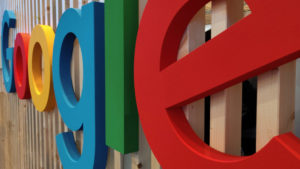