Roman Mühlberger is co-founder of the Austrian all-in-one NFT platform loob.io, which makes it easy to design, tokenize, display and sell NFTs via a decentralized auction house or direct sales. He is also co-founder of the non-profit association  DLT Austria, which strengthens and networks blockchain actors in order to establish an international “DLT cluster” from Austria on the broadest possible basis.

When investors invest in cryptocurrencies, they buy so-called fungible tokens, which are divisible and not unique. For example, if you exchange one bitcoin for another, no one among the exchange partners will be at a disadvantage.

Non-fungible tokens (NFTs), on the other hand, are not divisible and have identifiers that make them unique. These are cryptographic tokens that represent a unique digital or physical asset. They serve as verifiable proof of authenticity and ownership in a blockchain network. NFTs bring scarcity to the digital world. They should be viewed as a form of deed or title to a unique, non-reproducible item. This can be, for example, works of art, licenses, pieces of music, collectibles, or real estate (in the Metaverse).

But what if you could combine both tokens in a way that you could switch between them? Such a combination can currently be mined with Ethereum’s ERC-1155 standard and is referred to as a semi-fungible token (SFT). SFTs can change their status based on their smart contract pre-programmed by the developer of the SFT.

Semi-fungible tokens initially behave like fungible tokens and can therefore be exchanged for other identical SFTs at this stage. Think of them as tickets to a (special) event. For example, if you had bought an airline ticket for Concorde earlier, they would be exchangeable like a fungible token for airline tickets of the same value for the same flight. However, if the event has already taken place, the ticket becomes a collector’s item and thus acquires a completely different value. SFTs are currently in demand, especially in the (metaverse) gaming sector, to technically facilitate the exchange of play money for collectibles, such as additional equipment, for example. For example, a token can initially be an NFT and be used to generate play money, which then turns it into a fungible token. This can then be exchanged for a piece of equipment or a weapon and the token converts back to an NFT. These changes are anchored in a smart contract.

Among other things, using an SFT would have the advantage of faster transaction times than using an EIP-721 standard, which is very often used to generate NFTs. In addition, the history from the stages before the transformation is saved. This information could add value or maintain predetermined logic. For example, it is clear which (known) players owned an item before and which available features this item had before it was transformed into a fungible token, and which have to be bought first. SFTs are already being used by some game providers, such as Enjin, Horizon Games, or The Sandbox.

For SFTs, each token ID represents a new token type that can be configured with a variety of attributes. One could thus z. B. create a set of tokens for one audience and another for another and thus multiple token contracts via SFTs can be combined into one smart contract for several different participants such as artists or players. This would serve to reduce costs while simplifying administration as there is only one source to keep track of rather than numerous independent sources each managing their own digital assets or tokens. In addition, with SFTs it is again possible to buy or sell tokens in fractions. This concept has been used in games like Clash Royale, where players collect different pieces for their decks,

Potential use on the Web3

Currently, SFTs are still used very rarely or only occasionally by marketplaces, decentralized applications, and metaverse environments. From a technical point of view, there is definitely a lot to be said for the technology, as fungible and non-fungible tokens can be combined for complicated business logic, which can also reduce costs and increase transaction times at the same time. So although SFTs is currently a niche player, especially in gaming, much more complicated business areas may come from this technology in the future.

For example, lotteries could also be carried out that start with a fungible token as a lottery ticket and then receive certain NFTs (if you win). In principle, however, the application of this includes all possible business cases that can automatically become a collector’s item after the validity or equivalence of a token has expired, which can add value. Although there is currently no great hype about the technology, it can be assigned great potential for use in the new decentralized world of Web 3.0. 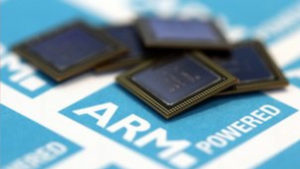 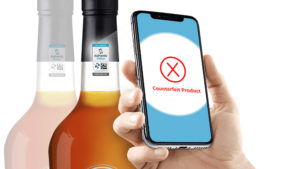