The sustainable search engine Ecosia does it, the chocolate start-up the nu company does it, and the Viennese scale-up refurbed, which sells refurbished electronics, also does it: Planting trees. Or rather: there is financial support for projects like Eden Reforestation Projects or One Tree Planted. These fund reforestation initiatives all across the world, and in exchange, the firms assess how many tree plantings their consumers have previously supported via their use. In addition, there are many web services that entice users to plant trees in exchange for money to offset their own CO2 emissions. But is that possible? Is it possible to offset the CO2 that the planted trees store against the CO2 that a company produces? And then claim to be climate neutral?

Following a warning from German consumer protection, the Viennese scale-up no longer promotes itself as “100% climate neutral,” but instead labels the products it offers as “100% more sustainable”. “By planting the tree, the remaining 30 per cent of the CO2 emissions – strictly speaking, much more – of a refurbed equipment are compensated” the website states. As a result, “all of our goods are 100 per cent more sustainable.”

But not only the German consumer protection sees this as greenwashing. Globally recognised environmental NGOs think nothing of CO2 compensation through tree planting and even view this supposed offsetting very critically.

“We take a critical view on this issue. Basically, CO2 emissions cannot really be compensated for, so our principle is: avoid, reduce and in addition do good. Emissions that are actually unavoidable – for example in the case of air travel for which there is no other means of transport – can be offset against investments in projects, but of course you cannot undo them by doing so“, says Nikolai Moser from WWF.

To understand why CO2 offsetting is seen negatively today, one also needs to know the difference between the Kyoto Protocol (entered into force in 2005) and its successor, the Paris Agreement (entered into force in 2016). Whereas under the Kyoto Protocol only the industrialized nations committed themselves to binding CO2 reductions, the Paris Agreement affects almost all countries in the world. Under the Kyoto Protocol, it was still a matter of calculation that CO2 caused in one country would be reduced in another (e.g. by forests).

However, under the Paris Agreement, alleged CO2 compensation frequently leads to the error of counting CO2 twice – once in one country, where it is supposedly compensated by CO2 certificates, and again in the second country, where it is actually taken out of the atmosphere by forests, swamps, and so on, and possibly deducted from the country’s CO2 budget.

A tree is not just a tree

“We do not support offsetting. It makes sense for companies to invest in climate protection projects, and reforestation projects as they can set important climate protection impulses, but we are critical of the fact that companies use offsetting to call themselves climate neutral for several reasons” says Johannes Wahlmüller from Global 2000. “It should be remembered that trees store CO2, which may also be quantified in reforestation operations. Yet, it takes a long time for the forests used for offsetting to regenerate, whereas CO2 is quickly released into the atmosphere.”

But it gets even more complicated. Just because a new tree is planted in place A, another one may be lost right next to it in place B. “While the forest reforested for CO2 certificates may be conserved, the forest adjacent to the project area may have already been cleared. There is no certainty that fewer trees will be taken down overall or that areas will not be removed elsewhere.” says Wahlmüller. “Furthermore, forests can also be damaged again by storms or fires and then there is no compensation.”

And then there is the time factor. Young trees are usually planted as small seedlings. “Especially when it comes to tree planting, it’s important to note that it takes many years for a tree to absorb the amount of CO2 that is attributed to it in many of these offset projects. So in the short term, this does little to help us deal with the current climate crisis, because the emissions that people are trying to offset through this are occurring today” says Moser of WWF.

8 startups and their solutions that save and purify water

Furthermore, environmentalists have had numerous negative experiences with reforestation initiatives (which are frequently carried out distant from Europe and local consumers) – pointing to conflicts with the social and ecological norms that are intended to be followed. “The concept of growing trees to absorb CO2 does not hold up to scrutiny: reforestation projects often fail. A recent study concluded that afforestation projects in northern India benefited neither the climate nor the local population” reports Jasmin Duregger, climate and energy expert at Greenpeace in Austria.

She cites two other prominent examples: “Erdogan had around 11 million seedlings planted in Turkey – up to 90 % of them were dead three months later. The reality of life for local people is also often not taken into account. The Pakistani government’s ‘Billion Tree Tsunami’ campaign resulted in the nomadic Gujjars group losing their winter pastures for their animals and with it their source of income“.

It is tough to see ahead. However, with the increasing threat of forest fires blazing throughout Europe this summer, one must consider: If afforestation projects fall victim to forest fires, then they become a source of CO2 instead of a marketed CO2 sink.

Accordingly, the image of CO2 compensation projects is poor among environmentalists. “The purchase of CO2 offsetting certificates is increasingly used by companies to give themselves a green image and to mislead customers about their own climate balance. After offsetting one’s own emissions by means of spot price certificates, it is suggested that the company or the product is now “climate neutral” – i.e. can be consumed without a guilty conscience” says Jasmin Duregger, climate and energy expert at Greenpeace in Austria. “This opens the door for companies to continue emitting climate-damaging greenhouse gases without really working on plans to reduce their greenhouse gases annually and bring them completely to zero by 2040“.

Duregger advises against relying on CO2 offsets. “The objective for climate protection must be to minimize emissions as much as possible. The idea of offsetting, however, conveys exactly the wrong image – both for consumers and companies, namely that we can simply carry on as before and only now and then a tree has to be planted for this purpose. But real climate protection will not work out that way”.

Which initiatives should we support now?

It should also be noted that the representatives of Greenpeace, WWF and Global 2000 have nothing against reforestation projects. However, they should not be used to offset the CO2 reduction of consumer goods. So the question also arises: which projects are trustworthy enough to support?

The WWF, for example, points to the Gold Standard initiative, which tries to separate “the wheat from the chaff” on this issue. Moser: “This quality mark is awarded to projects that lead to an actual reduction of greenhouse gases and at the same time contribute to sustainable development in the countries involved“. Eden Reforestation, by the way, is not found in the search among the 2,300 projects. 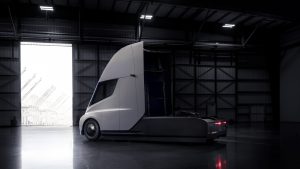