When nuclear power turns into business. Nuclear energy has become more than a trending topic in the past year, especially around the EU taxonomy which discusses the possibility to classify nuclear power and natural gas as “green investments”. Europe is divided and the positions on the issue vary big time, some are PRO nuclear energy, others are CONTRA. The energy crisis caused by the war in Ukraine and the followed restrictions on Russian gas made the discussion of the future of European energy sources even more complicated.

In the middle of the tense debate, the British startup Newcleo secures a €300 million investment for its uranium recycling project. How does that work, read below.

Newcleo: The future belongs to those who have the energy to imagine it

Founded and led by Stefano Buono (the Italian also founded Advanced Accelerator Applications, later bought by Novartis for 4 billion dollars), Newcleo is working on so-called Small Modular Reactors (SMRs) and wants to use so-called MOX technology to make it possible to recycle spent uranium from conventional nuclear power plants. As of today, most of the depleted uranium coming from European countries was recycled in Russia.

Newcleo is one of several start-ups that are gaining momentum in the wake of the nuclear power renaissance in Europe. €100 million in risk capital was already raised in 2021, and now another €300 million will be added. The first goal is to increase the number of employees in the UK, France (Lyon), and Italy (Turin) to 500. With the SMRs and MOX (more on that later) in combination with the planned EU taxonomy (nuclear power should be a “green” investment) and the geopolitical turmoil, Newcleo sees good market opportunities.

“The recent geopolitical developments have undeniably reinforced the importance of nuclear in ensuring global energy security and the necessary step change in decarbonization efforts. The momentum is strong and the capital market’s appetite is evident. This is the right moment to change the paradigm of nuclear energy towards new technology, that can efficiently address the major concerns of our industry – costs, safety, and waste – in a sustainable way,” said CEO Stefano Buono.

In France, the startup already has opened a door via a partnership with nuclear power company Orano as a chance to advance the MOX technology. This is not an invention of the startup, but a long-established method of producing so-called mixed oxide fuel elements (MOX for short). In this process, spent uranium fuel is mixed with plutonium dioxide, sometimes also thorium dioxide, and can then be used again in nuclear reactors. The second promise: MOX should be a way to bring plutonium to a secondary use in the energy sector as it is usually produced for nuclear weapons, .

Newcleo now promises that the advancement of MOX will reduce the costs for the disposal of radioactive waste and eliminate the need to dismantle new nuclear fuel. However, MOX has been in disrepute since the Fukushima nuclear disaster at the latest, because 32 MOX fuel elements were used there in addition to uranium fuel elements. A few months after the disaster, the Sellafield Mox Plant in Great Britain, one of the leading manufacturers of MOX fuel elements, was shut down because the demand situation on the international markets changed.

PRO: Sorry folks, but it won’t work without nuclear energy

Now Newcleo and its investors can smell a comeback from MOX. In France, MOX has already been approved for use in fast nuclear reactors, and it can also be sold in Great Britain. At the same time, work is being done in Italy on non-nuclear reactor prototypes together with partner ENEA, i.e. the Italian Energy and Environment Agency. Nuclear power plants are no longer in operation in Italy; the country abandoned nuclear energy after the Chernobyl disaster.

In the EU, the question of how to deal with nuclear power in the future is still a major issue. While countries like France rely heavily on it, there is a lot of resistance to it, especially in Germany and Austria. Recently, committees of the EU Parliament voted against the classification of nuclear power and gas as “green”.

Podcast: EU taxonomy and a sustainable finance strategy – what is new? 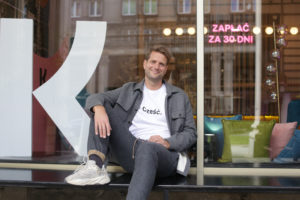