„In Russia, it is the banks themselves and the central bank that make most innovations possible in all relevant areas: KYC, Payments, RegTech, Blockchain and Open Banking. The central bank is very flexible and is prepared to adapt regulatory limits quickly if necessary. That happened a lot lately.“ Evgenia Ovchinnikova, Innovation Program Manager of Raiffeisenbank Russia.

Crisis make creative. The sanctions imposed by the US and the EU after the invasion of the Crimean peninsula had a dampening effect on the Russian economy. In 2014, the Society for Worldwide Interbank Financial Telecommunication (SWIFT) threatened to withdraw its services from Russia. The country would have been sealed off from the international money transfer. In response, Russia developed the Financial Communications Transfer System (SPFS), which would have enabled mobile payments via the Russian version of VISA card. These sanctions were not imposed, but the SPFS standard may still be important in the future, when the country massively upgrades its blockchain and crypto currencies. But more on this later…

On a macro-level, Russia continues to be heavily dependent on the oil price and important structural reforms are still pending. On the Russian banking sector, the regulator pushed for necessary consolidation. Since 2013, 338 smaller financial institutions have been closed. Furthermore, in individual cases the central bank intervened to support system-relevant banks in order to prevent a loss of confidence in the financial system. In return, Russia is increasing its gold reserves. Since the outbreak of the Ukrainian crisis and the annexation of the Crimea, gold purchases have risen sharply. At 1,650 tons, the stock is the highest since the end of the Soviet Union. Moscow is preparing for hard times.

The by area largest country in the world plays a subordinate role in the international fintech analysis. There are political reasons for this, such as the continuing sanctions of the West, but also economic and social reasons. However, the size of the country, the pool of talents and the openness of Russian banks to technological innovations offer great development opportunities for fintechs.

A report by Ernst & Young (EY) from June 2017 underpins the potential. The acceptance rate for fintech services in Russian cities is 43 percent. Only China (69 percent) and India (52 percent) achieved higher ratings. The index includes the willingness of people to use online payments, digital financial planning, savings and capital investments, loans and insurance. According to EY, two thirds of Russian fintech customers are under 45 years of age. Interestingly, acceptance in the digital centers of Moscow and St. Petersburg is not much different from other major cities in the country. But what is slowing down young entrepreneurs in Russia?

There are significant cultural differences to Western economies. While US, Asian and European fintechs want to stand out from traditional banks due to their disruptive character, their intuitive products and their better customer understanding, the Russian fintechs see themselves as suppliers for the banks. There are several reasons for this: Despite its geographical size, Russia has a much smaller market than, for example, the USA, Asia or the European Economic Area, which makes it more difficult to scale up accordingly. In addition, tightly meshed laws restrict the supply of innovative products and overall demand is being reduced by the ongoing economic crisis.

Andrei Tchernei, Assistant to Austria’s Commercial Counselor in Moscow, is very familiar with the situation: „It is typical for the Russian market that necessary licenses for financial and banking transactions are available but that the standards and requirements of financial market supervision must be observed. The market depends on government and financial structures.“

Banks closely watch the Russian fintech ecosystem and recruit individual players for the further development of their own business models. The leading banking institutes are generally very open to new products, services and technologies.

„Banks prefer to start with piloting technological solutions and new products first, so they primarily seek for mature products or at least prototypes. Major banks prefer to embed solutions in-house. Hence, fintechs have to be ready to deploy their products within a banking environment and to share their expertise. Such a partnership implies a license or services contract for several years with third line support and updates from the vendor side“, says Ovchinnikova from Raiffeisenbank Russia.

It´s all about the blockchain, baby

Since the summer of 2017, the Russian authorities have been examining how the country could use the blockchain and various tokens. The reason for this interest are the sanctions of the West. Above all, the SWIFT monopoly for the processing of international financial transactions (mentioned at the beginning of this article) serves the USA as a thumbscrew for sanctions against Russian technology and energy companies.

At the beginning of the year, there were growing rumors that Russia would put a digital state currency into circulation. The Financial Times referred to statements by Sergei Glasjew, Putin’s economic advisor, who spoke of a „crypto-ruble“.

And that’s where they want to put the big lever. Even if SWIFT’s 2014 sanction was not implemented, this could still happen in the future. This is why the major banks keep the SPFS standard as a backup, 582 Russian banks use the system on a daily basis. The SPFS already has lower transaction costs than its western competitor SWIFT.

An expansion of the SPFS to the entire European economic area based on the blockchain could be a game changer for Russian fintechs. The Russian central bank wants to be able to spread its national version of SWIFT across its own economic area by 2019. This means that the Russian payment system could be the first to be handled entirely via the Blockchain.

This is already a reality in other areas: Raiffeisen Bank International’s Russian subsidiary bank issued a RUB 500 million bond in October 2017 from MegaFon, a leading Russian provider of integrated digital services, entirely via Blockchain. This deal was possible not least because the National Settlement Depository is open to such innovations.

The government and the central bank as driving forces

„The crypto currency sector could become the driving force behind a strong increase in the number of financial companies over the next two years. In particular, the emergence of a legislative basis will encourage this trend. A significant leap in the payments sector is expected, mainly due to the large capacity of this market and its low coverage. Technological developments will not be long in coming either: above all, blockchain solutions are growing significantly, with the government, central bank and accelerators providing the impetus and driving force behind them,“ says Tchernei.

The Kremlin’s marching direction is also reflected in surveys by PWC: while three quarters of financial service providers worldwide are considering the implementation of blockchain technology in their technical set-up, 9 out of 10 of their Russian counterparts have the blockchain technology on their agenda. 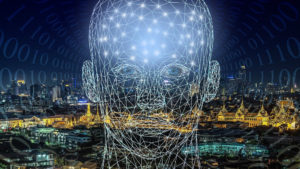